Improve Your Chances Of Reaching Your Goals

Today was a swim day. I’m back in training mode for two upcoming 1/2 Ironman triathlons, later in the summer. In order to be ready, one has to start swim, bike and running in various sequences, up to 6 months prior to the event.

But today was one of “those days.” You know the kind……..the ones where, if you’re running, each leg feels like it has a cinder block strapped to the ankle. Or if you’re cycling, its the days when you’re riding downhill, but still have to peddle hard because the wind is so strong. The equivalent, in the water, is feeling as if your adult-sized lungs were replaced with lungs intended for a tiny infant and they’re going to burst at any point. Passing out seems inevitable. That was the general feel of swim practice today.

For those unfamiliar with swim training, practices run on a clock, like most other sports. You have a speed at which you typically swim, called your base time, and you place yourself in a swim lane with others at your same pace. I’m typically a middle of the pack swimmer – especially here in Austin where masters swimmers head to Nationals and high school swimmers are regulars at Olympic trials. Here, I slip into the 1:40 base lane, implying I swim an average 1 minute/40 seconds per 100 yard distance for at least an hour.

Today was “Fast Friday”, indicating a day of speed work. Not the day to have your lungs burn and your arms feel like bricks. For some reason, my regular lane of swimmers was absent, so the cards were shuffled a bit. I ended up leading a lane, which basically means I swam first in the lane and had to set the speed to ensure we delivered on our time requirements. About halfway through the main set, I wanted to stop. I was rationalizing in my mind……”I biked hard yesterday and, geez, I did heavy arm weights last night at the gym…..I HURT.” It was a real struggle but instead of quitting, I kept pushing. And why? Because there were others behind me, depending on me to lead the pace so that we’d arrive back at the start in enough time for a quick breath before we had to take off again.

Had there not been 2 people behind me, or had I been swimming alone in a lake setting, I can assure you I would not have pushed as hard as I did. I might not have even finished the set. But the fact that I did speaks to the point of this article. The American Society of Training and Development cites that we have a 65% increased chance of meeting our goals if we are held accountable to someone else.

Today was one of those days. So, thank you, Jeff & Kevin in lane 1:40. We finished the set and had a solid workout. I would or could have easily skipped the practice, or pulled myself out of the pool early. But I didn’t. And not because I’m a spectacle of discipline but because I had other people on my back, watching me, relying on me to come through.

And I did. And you will too. Use your relationship with others to keep yourself accountable to workouts, better nutrition, even recovery activities. That’s what friends are for. 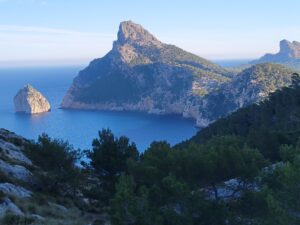 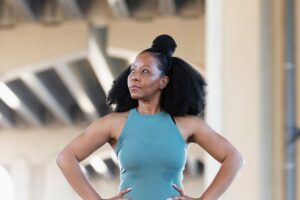 With Menopause Tech, Buyer Beware by Julie Jargon of the Wall Street Journal

Anissa and the new b-untethered app, MyMENO, were featured in the Wall Street Journal newsletter, 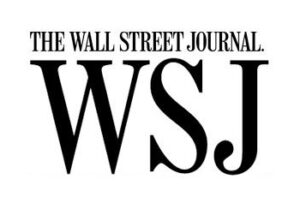 MyMENO in the Wall Street Journal 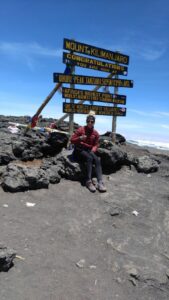 Anissa had an interview with Shoutout Arizona, part of the Los Angeles-based Voyage Group of 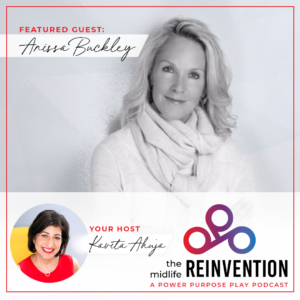 Anissa was featured on the midlife Reinvention: A Power Purpose Play Podcast 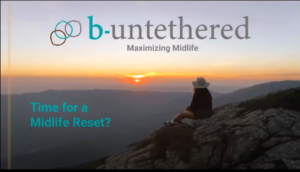